How Democrats New Election Bill Will ‘Enshrine Fraud’ in US System.

How to Steal an Election

2021: THE BRIGHT SIDE: Del Bigtree on The Highwire Fox: Claims of Voter Fraud from Across America

Accurate List of 2020 Election Fraud Cases Shows 81 Cases Total, 30 Still Active – And NOT ONE SINGLE COURT Has Allowed Evidence to be Argued

6 Factors Which Point to a Rigged Election

6 Factors Which Point to a Rigged Election – OffGuardian.pdf

Who Said It’s Over?

Up to 280,000 Ballots ‘Disappeared’ After Being Transported From NY to Pennsylvania: Amistad Project Director

Up to 280,000 Ballots ‘Disappeared’ After Being Transported from New York to Pennsylvania; Amistad Project Director.pdf 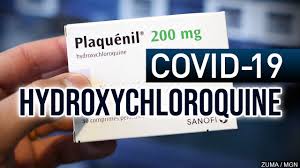 Hydroxychloroquine could save up to 100,000 lives if used for COVID-19: Yale epidemiology professor

“Given the urgency of the situation, I developed the following treatment protocol in the pre-hospital setting and have seen only positive results:

Any patient with shortness of breath regardless of age is treated.

Any patient in the high-risk category even with just mild symptoms is treated.

Young, healthy and low-risk patients even with symptoms are not treated (unless their circumstances change and they fall into category 1 or 2).

My out-patient treatment regimen is as follows:

“Only diagnosed COVID-19 patients who met the defined risk stratification requirements of group A, B or C received a prescription for the following triple therapy for 5 consecutive days in addition to standard supportive care: zinc sulfate (220 mg capsule once daily, containing 50 mg elemental zinc); HCQ (200 mg twice daily); and azithromycin (500 mg once daily). No loading dose was used. Patients who did not meet the risk stratification requirements received standard of care to treat common upper respiratory tract infections. Patients were not treated with HCQ if they had known contraindications, including QT prolongation, retinopathy or glucose-6-phosphate dehydrogenase deficiency.”

Some of the doctors who are successfully curing COVID patients with Hydroxychloroquine that the Globalists are trying to silence. Why?

Is the 100% Cure Rate of Hydroxychloroquine a Threat to Fast-Tracking the COVID Vaccines?

AAPS Sues the FDA to End Its Arbitrary Restrictions on Hydroxychloroquine

AAPS Sues the FDA to End Its Arbitrary Restrictions on Hydroxychloroquine.pdf

Survey Shows Overwhelming Majority of Doctors Would Prescribe Hydroxychloroquine to a Family Member With Wuhan Coronavirus.pdf

Medicines for the Prevention of Malaria While Traveling Hydroxychloroquine (Plaquenil™)

Medicines for the Prevention of Malaria While Traveling – Hydroxychloroquine.pdf

A Report on Successful Treatment of Coronavirus

A Report on Successful Treatment of Coronavirus.pdf

NEW Study: Hydroxychloroquine Treatment of COVID had a 79% Lower Mortality Rate than Countries that Banned it

NEW Study: Hydroxychloroquine Treatment of COVID had a 79% Lower Mortality Rate than Countries that Banned it

Hydroxychloroquine and azithromycin as a treatment of COVID-19: results of an open-label non-randomized clinical trial

Hydroxychloroquine and Azithromycin as a Treatment of COVID-19: Results of an  Open-Label Non-Randomized Clinical Trial: Response to criticisms.

Hydroxychloroquine and Azithromycin as a Treatment of COVID-19 – Results of an Open-Label Non-Randomized Clinical Trial – Response to Criticisms.pdf

Dr. Meryl Nass Discovers Hydroxychloroquine Experiments Were Designed to Kill COVID Patients – How Many Were Murdered?

Dr. Meryl Nass Discovers Hydroxychloroquine Experiments Were Designed to Kill COVID Patients – How Many Were Murdered?.pdf

Fauci knew about HCQ in 2005 — nobody needed to die

Fauci knew about HCQ in 2005 — nobody needed to die.pdf

Chloroquine is a potent inhibitor of SARS coronavirus infection and spread.

Hydroxychloroquine and azithromycin as a treatment of COVID-19.

Is Quercitin an alternative ‘zinc ionophore’ adjuvant where hydroxychloroquine is unavailable for early treatment of COVID-19?

“Quercetin in a delivery-food grade system with sunflower phospholipids (Quercetin Phytosome®, QP) increases its oral absorption up to 20-fold.”

“In the present prospective, randomized, controlled, and open-label study, a daily dose of 1000 mg of QP was investigated for 30 days in 152 COVID-19 outpatients to disclose its adjuvant effect in treating the early symptoms and in preventing the severe outcomes of the disease.”

“..the use as adjuvant therapy of a daily dose of 1000 mg/day of formulated quercetin (2 daily doses of 500 mg each), corresponding to 400 mg of quercetin delivered by sunflower lecithin (a food-grade delivery system used to improve the well-known poor oral bioavailability of quercetin), statistically improved all the clinical outcomes considered (need and length of hospitalization, need of non-invasive oxygen therapy, progression to intensive care units and death)..”

The Study of Quadruple Therapy Zinc, Quercetin, Bromelain and Vitamin C on the Clinical Outcomes of Patients Infected With COVID-19

“It was shown that Quercetin has the ability to chelate zinc ions and act as zinc ionophore. Therefore, quercetin could have antiviral activity against many RNA viruses .”

” There are various studies that report the immunomodulatory effect of bromelain . Bromelain activates natural killer cells and augments the production of granulocyte-macrophage-colony stimulating factor, IL-2, IL-6 and decreases the activation of T Helper cells. Thus, bromelain decreases the majority of inflammatory mediators and has demonstrated a significant role as an anti-inflammatory agent in various conditions.”

” Vitamin C is known as an essential anti-oxidant, and enzymatic co-factor for physiological reactions such as hormone production, collagen synthesis and immune potentiation .” 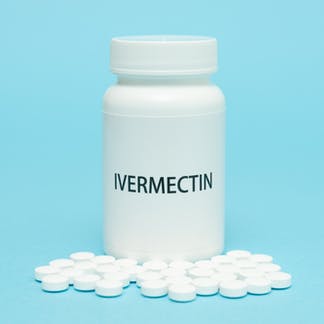 Japan’s government is one of the most conservative and cautious in the world. Data is clear. Huge news.

31 July, 2021 –  DR JACKIE STONE OF ZIMBABWE SPEAK ABOUT IVERMECTIN IN COMBINATION WITH OTHER DRUGS AGAINST COVID INCLUSION OF IVERMECTIN IN THE FIRST LINE OF THERAPEUTIC ACTION FOR COVID-19. A very significant decrease in the Mortality Rate is reported with its use.

Why COVID-19 is not so spread in Africa: How does Ivermectin affect it?

” The community-directed onchocerciasis treatment with ivermectin is the most reasonable explanation for the decrease in morbidity and fatality rate in Africa. In areas where ivermectin is distributed to and used by the entire population, it leads to a significant reduction in mortality.”

(Onchocerciasis is an infection caused by the nematode Onchocerca volvulus.)

Ivermectin as a potential COVID-19 treatment from the pharmacokinetic point of view: antiviral levels are not likely attainable with known dosing regimens Lock-downs or quarantines have throughout the ages been used as a policy for managing infectious illness. During epidemics and pandemics we have segregated the sick and the susceptible.

However the unprecedented response to Covid-19 has been to also severely restrict the healthy, and those in low risk age brackets.

This is a new experiment on a global scale which has had severely damaging effects on mental and physical health, relationships, education, employment, and widespread permanent closure of small and medium businesses.

The full impact will not be able to be identified for many years.

Deaths of despair are a very real long term consequence which alone are likely to exceed true Covid caused deaths.

The effectiveness of lock-down strategies in reducing the viral impact has never been supported by evidence-based science.

As the wave of deaths and hospitalizations subsides, many governments are increasingly mandating severe restrictions on freedom of movement. 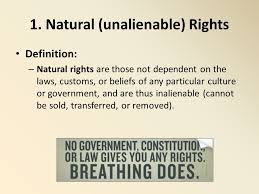 It is becoming clearer that we are having Unalienable rights over-ridden by increasingly authoritarian dictates.

Draconian policies can not be justified.

March 23, 2021 – BREAKING: Sweden Admits People Not Dying at Higher Rate Due to Pandemic

No Science, No Shutdown

What No-one Is Saying About The Lockdowns!

18 June, 2021 – Emergency Department Visits for Suspected Suicide Attempts Among Persons Aged 12–25 Years Before and During the COVID-19 Pandemic — United States, January 2019–May 2021

June 17, 2021 – How Asymptomatic COVID Spread Used To Lockdown The World Was Based On A Lie

8 November 2020 – Is the Cost of a Lockdown Too High? Prof. Phillip Thomas

Viral Inequality: From Jeff Bezos to the struggle of Indian Farmers

“To the contrary, we find a positive association between SIP (shelter in place, a US term for
lockdowns) policies and excess deaths,” four economists and scientists from the University of
Southern California and the Rand Corporation conclude in a working paper for the National Bureau
of Economic Research.

The COVID Pandemic Could Lead to 75,000 Additional Deaths from Alcohol and Drug Misuse and Suicide

COVID’s Deadly Toll on Youth: A Sharp Rise in Suicides

Suicide among children during Covid-19 pandemic: An alarming social issue

How many seniors are going to die from lockdown loneliness?

Loneliness in Older Persons: A predictor of functional decline and death

Losing life and livelihood: A systematic review and meta-analysis of unemployment and all-cause mortality

Losing life and livelihood_ A systematic review and meta-analysis of unemployment and all-cause mortality – ScienceDirect.pdf

26 August, 2021 – Warning of a ‘shadow pandemic’ of youth suicide after huge spike in teenage girls taking their own lives as helplines are flooded with calls and depression, eating disorders and self-harm reach record levels in lockdown

“1 in 5 Australians increased alcohol use during the lockdowns, “We know the statistics. We know that 93 per cent of hospital admissions at the weekend are alcohol-related. We know domestic violence is hugely related to alcohol consumption. We know it’s bad, and people are realising that.”

“Ian Hickie, Australia’s former health commissioner and head of the Brain and Mind Centre, projected the number of annual deaths by suicide in Australia to rise from 3,000 to up to 4,500, with young people comprising nearly half that number.

“We are facing a situation where between an extra 750 and 1500 suicides may occur annually, this in addition to the 3000-plus lives that are lost to suicide already every year,” Hickie said.”

Melbourne curfew is not based on advice

Melbourne curfew is not based on advice – TOTT News.pdf

16 August, 2021 – Denmark plans to lift all anti-epidemic measures by September

The Coronapas will be completely abolished by October.

The Results of Europe’s Lockdown Experiment Are In

8 November 2020 – Is the Cost of a Lockdown Too High? Prof. Phillip Thomas

200,000 people could die because of delays in healthcare and economic effects of coronavirus lockdown, report warns

Opposing lockdown is NOT “profits before people”

March 23, 2021 – BREAKING: Sweden Admits People Not Dying at Higher Rate Due to Pandemic

All eyes on the Swedish coronavirus experiment – UnHerd

EconomicPolicyJournal.com_ Do Lockdowns Save Many Lives_; Lets Take a Look at Sweden

Sweden’s Success is Kryptonite for Lockdown and Mask Advocates

As the fallout numbers from the worldwide lockdowns are weighing heavily in Canada, with statisticians reporting that four times as many Canadians died from indirect causes of the lockdown than the number that died from COVID itself.

A government report, “Provisional Death Counts and Excess Mortality,” shows that 5,535 Canadians under the age of 65 died between January 2020 to April 2021 because of “indirect consequences” due to the pandemic. During that same time frame, the report says 1,380 Canadians in the same age group died because of COVID-19 itself. Indirect consequences include “delayed medical procedures, increased substance use or a decline in deaths attributable to other causes, such as influenza,” according to the report.

Shutdowns forced more Canadians to stay at home and the cancellation or postponement of medical procedures and vital support services, while many businesses were forced to close. During that time, Statistics Canada confirmed that substance abuse increased as did the mortality rate.

Most of the people who died from COVID-19 in Canada were over the age of 85 and had dementia, Alzheimer’s, chronic heart disease or other pre-existing “cardiovascular and respiratory conditions,” the report said.

2,114 excess suicides from Canadians losing their livelihood to the lockdowns

15 January, 2021 – Increase in suicide following an initial decline during the COVID-19 pandemic in Japan

15 January, 2021 – Increase in suicide following an initial decline during the COVID-19 pandemic in Japan.pdf

Japan’s state of emergency is no lockdown. What’s in it_ – ABC News

Why is Japan still a coronavirus outlier_The Japan Times

TAIWAN: No Lockdowns, No Closed Businesses, Non-WHO Member, and Relatively Unaffected by COVID-19

Lockdowns failed to alter the course of pandemic and are now destroying millions of livelihoods worldwide, JP Morgan study claims

Sweden’s Success Is Kryptonite For Lockdown And Mask Advocates

Children have PTSD as a Result of COVID-19, Charities Warn