Have you or a loved one had an Adverse Reaction to Coronavirus vaccine?

FDA Approval Does not Equal Safe 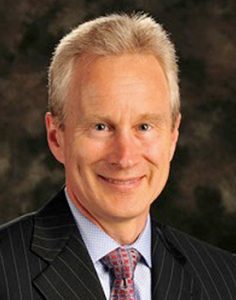 “THE WORLD ENGAGED IN THE LARGEST VACCINE TRIAL EVER” – AUSTRALIAN HEALTH MINISTER. WHO CONSENTED?!! 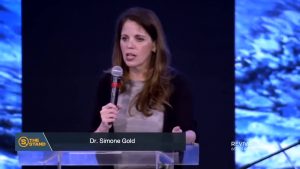 Dr. Simone Gold – The truth about the CV19 vaccine

YES, THEY CAN VACCINATE US THROUGH NASAL TEST SWABS AND TARGET THE BRAIN

A VACCINE ON THE HORIZON – The Highwire

Censored Dr. Kaufman: “They Want To Genetically Modify Us With COVID-19 Vaccine” – Loses his Job and Willing to go to Jail to Resist

DR. ANDREW KAUFMAN: THEY WANT TO GENETICALLY MODIFY US WITH THE COVID-19 VACCINE – PART 2 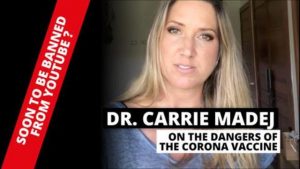 Validity of the Science:

THANKS NETANYAHU: ISRAEL now the most vaccinated country in the world.

No statistical difference in cases between vaxxed and unvaxxed.

DOUBLE the hospitalisations for injected versus no injection!
#justwait. Toxicity of graphene-family nanoparticles: a general review of the origins and mechanisms “There’s been a serious terminology problem with this issue. The problem, of course, is not “immune enhancement,” which sounds like something helpful to the immune system.  In fact, it is quite the opposite. The problem is, in reality “disease enhancement””

Leading Corona researchers admit that they have no scientific proof for the existence of a virus – Telegraph.pdf

“THE WORLD ENGAGED IN THE LARGEST VACCINE TRIAL EVER” – AUSTRALIAN HEALTH MINISTER. WHO CONSENTED?!! 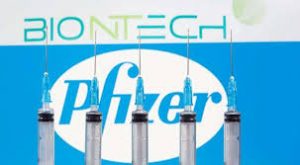 Information from the UK government website on the Pfizer/BioNTech vaccine:

Millions Are Skipping Their Second Doses of Covid-19 Vaccines

1 August, 2021 – In Israel, the most vaccinated country in the world, HALF of all new “delta” infections are occurring in “fully vaccinated” people In a study published June 29 in JAMA Cardiology, researchers described 23 cases of myocarditis in healthy military members who developed the condition within four days of receiving the Pfizer or Moderna COVID vaccines.

Exclusive: Teen Who Had Heart Attack After Pfizer Vaccine: ‘I’d Rather Have COVID’

Whistleblower from Berlin nursing home: the terrible dying after vaccination

It comes from the AGAPLESION Bethanien Havelgarten retirement home in Berlin-Spandau. There, within four weeks after the first vaccination with the BioNTech/Pfizer vaccine Comirnaty, eight of 31 seniors, who suffered from dementia but were in good physical condition according to their age before the vaccination, died.

12,400 People in Israel Tested Positive for Coronavirus AFTER Being Injected with the Experimental Pfizer COVID Shot Tip of the Iceberg? Thousands of COVID Vaccine Injuries and 13 U.S. Deaths Reported in December Alone

This is a massive 2.7% of people who can no longer work after having the Pfizer vaccine.

Portuguese health worker, 41, dies two days after getting the Pfizer covid vaccine as her father says he ‘wants answers’

Hundreds of Israelis get infected with Covid-19 after receiving Pfizer/BioNTech vaccine.

Wife of ‘perfectly healthy’ Miami doctor, 56, who died of a blood disorder 16 days after getting Pfizer Covid-19 vaccine is certain it was triggered by the jab, as drug giant investigates first death with a suspected link to shot

88-year-old collapses and dies several hours after being vaccinated.

Hundreds Sent to Emergency Room After Getting COVID-19 Vaccines

NHS told not to give Covid vaccine to those with history of allergic reactions. 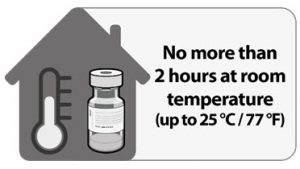 UK Government Warns Doctors About Infertility Possibility with Pfizer COVID Vaccine, But NO Warning to Patients!

The WHO Task Force on Vaccines for Fertility Regulation. Its formation, objectives and research activities

The WHO Task Force on Vaccines for Fertility Regulation. Its formation, objectives and research activities.pdf

Antisperm Contraceptive Vaccines: Where we are and where we are going?

Antisperm Contraceptive Vaccines Where we are and where we are we headed.pdf

One of THE most brilliant voices in our movement, Dr. David Martin, drops truth bombs about the Covid “vaccine”:

David Martin:
“Let’s make sure we are clear… This is not a vaccine. They are using the term “vaccine” to sneak this thing under public health exemptions. This is not a vaccine. This is mRNA packaged in a fat envelope that is delivered to a cell. It is a medical device designed to stimulate the human cell into becoming a pathogen creator. It is not a vaccine. Vaccines actually are a legally defined term under public health law; they are a legally defined term under CDC and FDA standards. And the vaccine specifically has to stimulate both the immunity within the person receiving it and it also has to disrupt transmission. And that is not what this is.

They have been abundantly clear in saying that the mRNA strand that is going into the cell is not to stop the transmission, it is a treatment. But if it was discussed as a treatment, it would not get the sympathetic ear of public health authorities because then people would say “what other treatments are there?“ The use of the term vaccine is unconscionable for both the legal definition and also it is actually the sucker punch to open and free discourse…

Moderna was started as a chemotherapy company for cancer, not a vaccine manufacturer for SARSCOV2. If we said we are going to give people prophylactic chemotherapy for the cancer they don’t yet have, we’d be laughed out of the room because it’s a stupid idea. That’s exactly what this is. This is a mechanical device in the form of a very small package of technology that is being inserted into the human system to activate the cell to become a pathogen manufacturing site. And I refuse to stipulate in any conversations that this is in fact a vaccine issue.”

Components of mRNA Technology “Could Lead to Significant Adverse Events in One or More of Our Clinical Trials,” says Moderna

Moderna to Use New mRNA Technology to Develop Coronavirus Vaccine

Adenovirus Based Coronavirus Vaccine Being Tested

CEPI partners with University of Queensland to create rapid-response vaccines

There May Be Side Effects to a Coronavirus Vaccine

COVID-19 Vaccine Will Likely Be Given Multiple Times, Perhaps Annually

Coronavirus Vaccine: Why It’s Important to Know What’s in the Placebo

Intranasal COVID-19 Vaccine May Be More Effective Than Injected Vaccines