“Just following without questioning”. “Its a very, very dangerous thing to do: to follow”.

Vera Sharav, a holocaust survivor from Roumania, is a renowned champion of human rights and an expert in biomedical research ethics1. As a 6 year old girl with her father dead, her mother made the agonising decision to send her out of a Nazi camp as an orphan on her own after a so-called ‘deal’ had been struck to release all the children as orphans. Vera refused to board a boat assigned just for orphans and instead boarded a boat for adults. The orphan’s boat was subsequently sunk by a submarine. Her dogged resistance to disobey the command to board the orphan boat saved her life.

In an interview about her life with Stand for Health Freedom,2 Vera draws parallels with the early days with the rise of Nazi Germany: noting something is very wrong that adults are not questioning things , but following like sheep. “Just following without questioning”. “Its a very,  very dangerous thing to do: to follow”. In Germany, the vast majority just went along. And of course it was a war, and now its a war on a virus. That kind of thing should not eliminate human rights and basic respect for individuals.”

Adults are “going around like sheep,” just as they were during her childhood in Germany, Sharav says. “If you deny the human individual the right to think and question and assess and make decisions based on their own judgment and experience, then you are creating robots,” she says.

“Point a finger at that source of their fear and you can make human beings do anything you want.”

On August 28, 2020, the Children’s Health Defense, led by Robert F. Kennedy Jr., launched a European branch of the organization. In a press conference announcing the new branch, Kennedy discussed how governments are using fear to control and manipulate the population:3

“For many years totalitarian or authoritarian states have used the power of fear to engineer compliance in populations. I grew up understanding what happened in World War II in our country. During the Nuremberg Trials, Herman Goering was asked by the prosecutor, how did you make the German people comply? Goering said, it’s not just Germany, this works in any country, whether it’s a fascist country or a communist country or a monarchy or a democracy. All the rulers need to do is to tell the people that there’s something they need to be fearful of. Point a finger at that source of their fear and you can make human beings do anything you want. You can make them go to the slaughter like sheep; you can make them obey. “

We have watched over the past few years something that is extraordinary. We are at an inflection point, I believe, in human history, the largest and most critical inflection point in that humanity has ever encountered.

During the same Great Depression that spawned Adolf Hitler we were very lucky in our country that we had a leader, Franklin Roosevelt, and he said, “The only thing we have to fear is fear itself.” He understood that fear would drive us into totalitarianism.

With the biosecurity agenda that people like Bill Gates and Anthony Fauci and Davos, and all these people who are running now the global economy, they have understood for years that they have a power that no totalitarian government has ever had available to it, which is the  biosecurity.

Hitler could point at the Jews and say those are the big threat, we need to be frightened of them, and everybody else needs to obey so that we can fight them off. Other countries were scared of the Bolsheviks.

In the United States, our demigods point to the Mexicans or dark-skinned people and say we need to be scared of them, or terrorists. All of those things get us to voluntarily give up, relinquish our human rights, our civil rights and walk like sheep into the Abattoir.

Now they have a source of fear that is the most pervasive, an all-encompassing power that they’ve ever had which is the fear of pandemic.

Today we have an inflection of new technology that give governments the capacity to impose controls on populations that have never been imagined before in human history by any tyrant in history. “

The Greater Good: Individual, the Community and the State

“From a communitarian viewpoint, informal social controls are vastly superior to state coercion, because they ultimately leave the choice of violating social norms up to the individual, letting her determine whether or not she is willing to pay the social costs – as all innovators and social change leaders have – or conform. In contrast, state coercion pre-empts such a choice, as one sees in all oppressive regimes.”  4

“The other thing about crises, and none more so than a pandemic, is that they require a community response if we are to successfully contain them”.

Aiden Ricketts,5  a respected Australian environmental activist, educator, academic and writer, in support of a communitarian view,  to remedy what he calls today’s “hyper-individualism”, warns of  the rise of human- induced climate change science-denial amongst “New Agers”and Trump supporters, (who he sees as fascists):

“Sadly, when climate change began to be identified as an emerging existential threat to our planet and our collective survival, it didn’t suit the fossil fuel industries and so a deliberate and disingenuous campaign of climate denial began. It was the first major departure from our collective respect for scientific consensus. Now the genie is out of the bottle and climate denial has become wholesale science denial.”

Turning to the pandemic of Covid-19,  he maintains there is again science denial. There is certainly a significant group of people who have a common view that science around human -induced climate change and Covid-19 presented through the mainstream media are both ‘false narratives’, and some would go so far as to say a ‘hoax’.

The question arises, is there a movement among climate activists and environmentalists to accept the Covid-19 policies because lock-downs, restricted air and land travel, and reduced industry have actually produced lower greenhouse gas emissions?

“The pandemic is another example of news that people don’t want to hear, of expert opinion that keeps affirming something they don’t want to accept, and worse still, of precautionary measures that they find frustrating, inconvenient or in some cases financially, and socially ruinous.”

So in the case of Climate change science he observes that corporate vested interests created misinformation in order to continue making profit from fossil fuels.

Unfortunately Aiden Ricketts has failed to consider a logical hypothesis  with Covid-19, of corporate vested interests, such as the pharmaceutical industry, creating misinformation.

There is an  alliance of certain Government agencies, mainstream media, massive Technology industries and NGO’s with major financial investments in the pharmaceutical industries. They are  generating misinformation based on biased science predominantly from sources with financial conflicts of interest.

Aiden also sees the pandemic as another example of expert opinion ‘they’ (“New Agers”and Trump supporters ) don’t want to accept.

With the’pandemic’ a growing body of people don’t want to accept the “deliberate and disingenuous campaign” of misinformation from the pharmaceutical industry and allies.

Corporate interests and the media are proclaiming biased, conflicted and sometimes outright fraudulent  science and statistics. We are being misled about the science around Sars Co-2 virus, Covid-19 infection, the PCR and antibody tests, and the policies. So-called necessary interventions including masks, lock-downs and quarantines, cessation of ‘non-essential’ businesses, social distancing and the rest.  Instigated as “precautionary measures” and yet still actively maintained when the death rate has fallen as happens seasonally with viral pandemics.

“The other thing about crises, and none more so than a pandemic, is that they require a community response if we are to successfully contain them. This means that as individuals we may have to take a hit for the greater good and this runs counter to the hyper-individualist culture that we have grown up in.”

Here is a crux of this widely held narrative:

We are all in this together. We need to listen to “expert opinion”, and follow “precautionary measures”. “Some of us may have to take a hit “for the greater good” which we may find “frustrating, inconvenient or in some cases financially, and socially ruinous.”

The impact of the “precautionary measures” , mostly justified by biased, conflicted and, not uncommonly, fraudulent,  so-called science, has been devastating and the full impact may play out over years, or possibly decades.

Historically great harm has been widely inflicted by corporate manipulation of science, government policy and practice, and the media. The Tobacco, chemical, fossil fuel and pharmaceutical industries have all distorted the facts to protect and expand their profits.

As individuals, it is up to each and everyone of us, to seek out our truths around issues such as climate change. Government policies and corporate directions may impact our lives so greatly, ignoring them risks losing our ability to exercise our inalienable rights.   Science is never settled and many scientists observe that natural climate dynamics and cycles drive greenhouse gas emissions and have done so as far back as we have records or evidence. Policies based on the impacts of human-induced (anthropogenic) climate changes may not have the claimed positive benefit, and may in fact be harmful if the climate science is flawed.

The lack of logical, science-validated and compassionate evidence for the Covid-19 dominant narrative and policies has catalyzed a growing number to question what is going on..

More people worldwide are seeking out independent truthful science and opinion, not tied to Big Pharma finance, from respected professionals, many of whom are at the ‘coal-face’ with hands-on practical experience to back up the science.

The so-called ‘greater good” we are experiencing worldwide in late 2020 is a monstrous perversion which is morphing into coercive and mandatory dictates. We are experiencing increasing profit -and- power driven social control and engineering of more and more aspects of our individual and community lives. 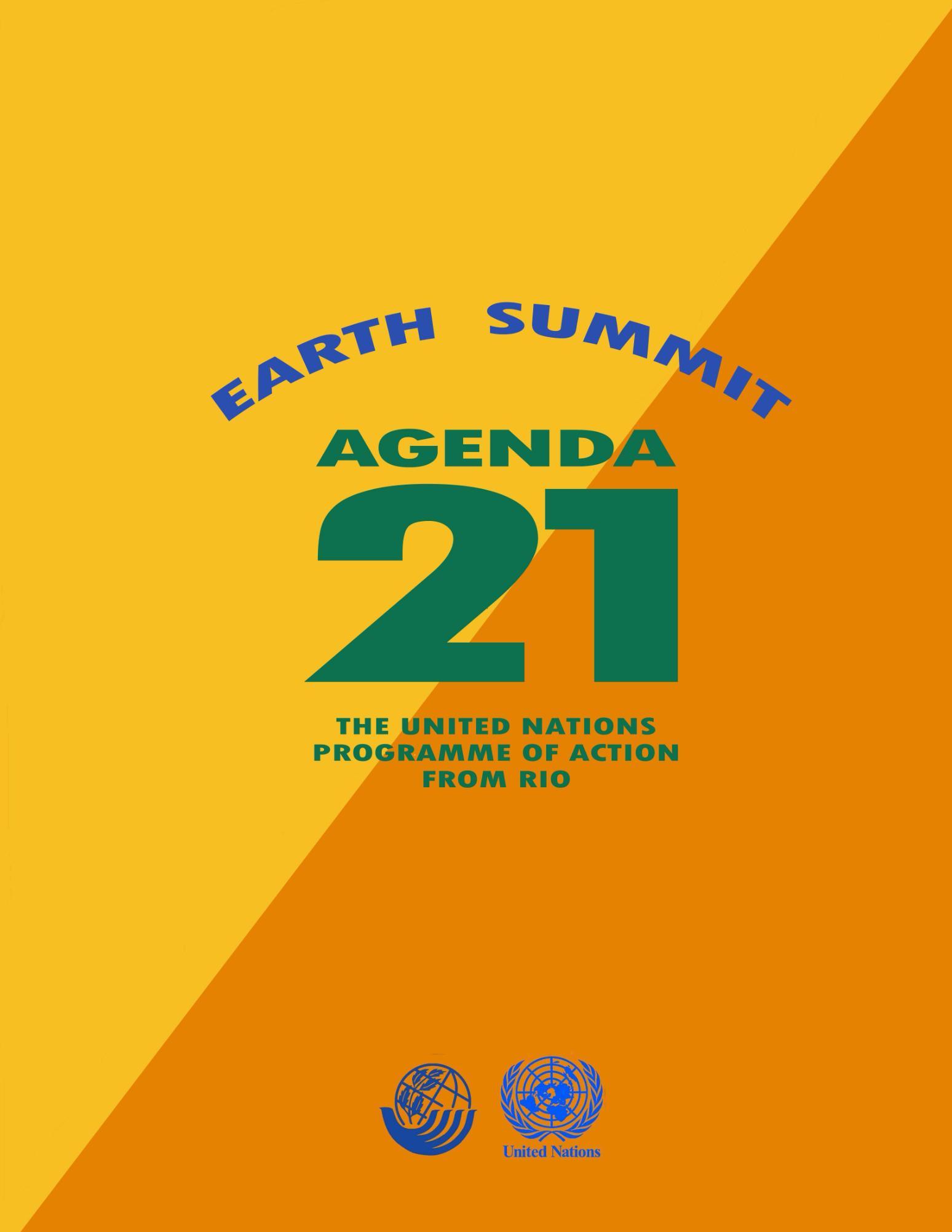 Agenda 21 Earth Summit: The United Nations Programme of Action from Rio, at face value, appears to address many of the concerns of social and environmental activists. However if we dig a little deeper, Agenda 21, when translated into action plans, assumes a top down engineered reshaping of every aspects of our lives.  Unless enough people wake up, standup, and say NO, we will lose our individual rights, freedoms, assets, and livelihoods, that are our natural birthright.

Behind the Green Mask: UN Agenda 21

At this critical time in history,  so much is at stake.

There is an opportunity to act for the benefit of all, as individuals, families and communities, from our own wisdom and compassion, out of free will.

It is healthy to question everything, and particularly all coercive and mandated policy and narrative.

If its being forced upon us, it is likely because discerning people are resisting for good reason.

Tyranny, disguised as “Greater Good”,  is a clear and present danger.

We the people, must enforce our Inalienable Rights.